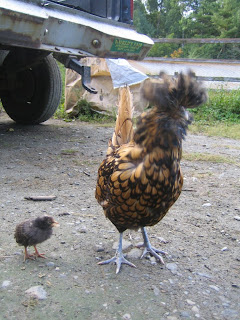 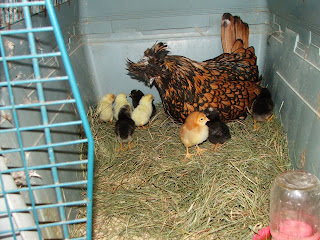 Nikko Tinbergen pissed me off at an early age. He said that herring gulls didn’t have the capacity to learn. He concluded this because, after throwing a clam down to crack it open, the gull couldn’t determine that it was easier to crack it open if it threw it on a ledge versus the sand beach. He concluded this after observing that the gull had tried seven times, and hadn’t figured it out. Who decided that seven was the magic number? I have friends who’ve gone through twenty years of their life, making the same mistake, attempting the same task, and still, and still…

I have a weird six degrees of separation litmus for most people that I feel that I can relate to. They are: that Simon and Garfunkle are probably some of the most influential musicians in the United States ( also David Byrne and Conor Oberst, to name some of the more non-obvious), and that animals, do, indeed, possess souls. I understand or can relate best with people who not only listen to this type of music, but who can also interact with animals that they are caring for with the understanding that these animals aren’t just on this Earth to please us. They actually have another purpose, and a useful and meaningful reason for being that has nothing to do with us as human beings.

The Polish Crested chicken that became Peggy Sue was a hothead. She didn’t really like people, and she was fairly high maintenance, as far as chickens go. Didn’t like being touched, didn’t really interact with anyone. She was from a fancy hatchery that specializes in heritage breeds, and she didn’t have a lot of maternal instinct savvy. The first year she decided to try and hatch her own eggs, she forgot that a rooster was needed to actually have the eggs be viable. They exploded under her tiny frame, one at a time, until she was a putrid mess of rotten egg. Round two, she decided to start setting on the eggs in early November. When she got off the eggs to eat or drink, they would quickly freeze and crack. The third time at becoming a mother, she partially hatched the chick. I finished cracking him out of the shell, and Whitney named him Patchouli. Peggy was so proud of her accomplishment, that she literally ran that chick into the ground, procuring food item here, there and everywhere. Patchouli tried to keep up, but in the end could not.

On her fourth try, she had 16 eggs under a little tarp in the middle of the hay mow. After candling them (taking a flashlight and shining it through the egg to see the embryo), 11 were viable, and she hatched nine. Shannon, determined that Peggy would finally become a mother, put her on lockdown in a huge dog crate. There, the chicks thrived, and Peggy chilled, realizing that it had finally happened.

She raised every one of those chicks to independence, but also to her detriment. Today, she finally succumbed to the stress. And I’ve lost my little Peggy Sue.

I drove to Burlington with my sister today. Past where I rode with my first “boyfriend” (I was twelve years old) to the river, past the cemetery, past the place where Dad would practice his bow and arrow for deer season (he never got one with a bow and arrow). Past the campground where, as a girl scout, I camped and made potatoes in the fire pit. Through the fields, where the hay has still not been cut because of our horrendous weather, past where my best friend’s dog got hit by a car, all the way to the biggest city in Vermont.

Peggy was with us, because I couldn’t leave her to die at home alone. She rallied in Burlington, raised her head, drank some honey water. We left her in the warm car and walked Church Street, looking at the beautiful people eating in the outside booths, looked for bargains, saw the circus, and bought lots of Asian Market groceries. Bradford came too, and he got new Crocs at a bargain price at Outdoor Gear Exchange. It was a really fun time, the second time to my favorite city besides Portland, Maine, in a week.

On the way home, we took the back road to the farm, to search for Chicken of the Woods mushrooms. I had a tree staked out, where Janet and I had harvested about three pounds the week before. When we hit exit 4, there were four of us in the car taking in the cool air that this summer is giving us. I told everyone to keep eyes peeled for mushrooms. “And that means you, Peggy” She flapped in her carrier when I said her name. And then she died. We pulled over so I could hold her, but she was already gone.

Who gets so attached to a feathered thing? Who attributes so many human qualities to something clearly much less human?

“Mom, did you know that a Flamingo’s brain is smaller than its eye?” It is my brainy child, trying to make order in this confusing world.

“Yes, baby, but can you imagine how much is packed into that little space?”
Posted by fat rooster farm at 9:45 PM