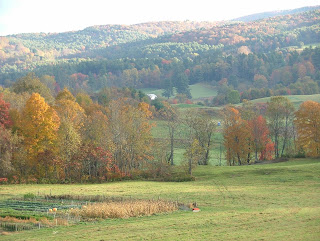 “…influence and spending power now lies with the middle class.”
- Conde Nast, speaking for why Gourmet magazine was forced to close its doors.

I am saddened and disheartened by the news that my favorite foodie magazine, after 70 years of publication, has been forced to close. Conde Nast sites that a 43% decrease in advertisement forced it to do so, keeping the more frugal Bon Appétit afloat in our stagnant economy.

What this means to me, as a hardcore foodie, is that we have reached a place where it is no longer status quo to drop $700 for a table for two at dinner.

This should make me happy. I have always hated this excess, and I think that the frivolity and wastefulness is somewhat like an ostrich with its head stuck in the sand in today’s economy. I know how strongly I feel about these things when my son becomes horror stricken at the restaurant when he can’t finish his side stack of strawberry pancakes, and is inconsolable about the shear waste of food that will not be composted, but will instead by chucked in the trash. I try to explain to him that this is a good thing to feel, that next time he will be more frugal in his choice, maybe share it with another person, or order less. At age nearly ten years old, he understands that waste is ridiculous.

Yet, I thought that Gourmet was really trying to make an effort in a roundabout way. I mean, it was the first publication to link the politics of food with actually eating it. It was the first to discuss the pros and cons, the humane treatment of animals, when considering the boiled lobster dinner, or the finely marbled beef rib steak. It married cultures with food, tracing the ancestory of dishes, of hardships felt in parent countries between the growers and the diners, amidst the elegant descriptions of the foods prepared. It tried to make eating an experience at the same time providing the reader and cook with an adventure and a reality.

Yes, there was decadence. Yes, they spoke elitist. But they also spoke local and sustainable and practical, terms that no other high class, upper echelon publication would dare to broach. Martha brought cool to heirloom tomatoes; Gourmet evoked historical significance with their use.

On the farm, we are experiencing the most support, the most viability and sustainability that we have in the twelve growing seasons that we’ve been here. Support ranges from those who want to barter for their food with work to those who want to buy the best food available, no dollar spared. We have been inundated with qualified applicants for apprenticeships- people willing and eager to learn how to fend for themselves. We have a dedicated following of supporters interested in heirloom varieties of vegetables and fruits, and heritage breeds of livestock. It is an incredibly diverse number of supporters, from all walks of life, not just the middle class.

I am the middle class- we are the middle class. And I for one, will miss Gourmet, where I could transform my cippolini onions (formerly grown by peasants in Italy) my rutabagas (the lowly cousin of the turnip), and my garlic (routinely referred to as the stinking rose) into masterpieces of culinary excellence, thanks in no small part to the folks at Gourmet magazine.

Posted by fat rooster farm at 5:31 PM No comments: