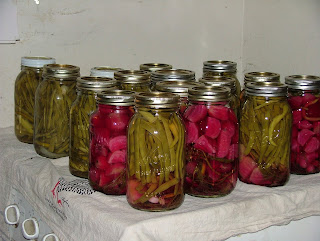 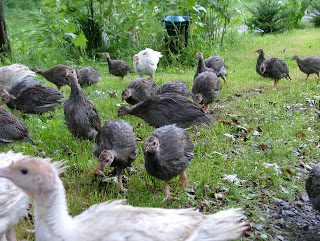 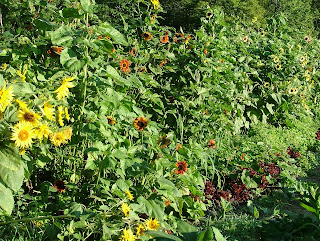 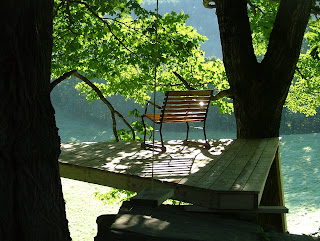 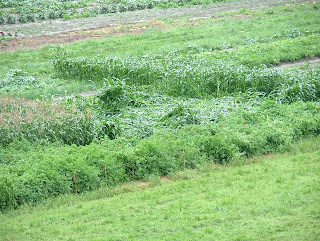 When you first start farming, it’s not only physically exhausting, it’s mentally exhausting. I think this may be because in our mind’s eye, we tend to think of farming as the cattle rancher, lazily gazing over rolling hills at his cattle atop a trusted mount, or as the vegetable grower, gathering handfuls of brilliantly colored carrots and beets, freshly plucked from the fertile soil. Or maybe we think of the shepherdess, tending the flock and watching the lambs gamboling across the lush pasture that is rich with clover and timothy. They’re rewarding visions, bountiful ones. No one ever paints pictures of the calves stranded in the woods that need to be gathered back into the herd (it’ll take hours, and by the time you’re done, the cows are in the wrong grazing area). The long, straight rows of vegetables don’t tell the tale of countless, back-breaking, mind-numbing hours of seeding, then thinning and watering and weeding before the glorious harvest can begin. And the threat of fly-strike, where maggots attack the sheep to eat them alive, or coyotes lurk to shed the blood of the prized ewe aren’t really part of the happy farming bubble floating magically above our heads when we decide to begin to farm. No one can ever prepare us for how hard, tedious, boring, frustrating and maddening it can be. The urge to just fall to pieces and just cash it in for a good desk job are sometimes hard to resist.
One of my favorite summarizations of solutions to the pitfalls that farming can conjure up came from a review written by a “Wal-Mart Associate” in response to the book, Harvest: a Year in the Life of an Organic Farm, by Nicola Smith and Geoff Hansen (2003). He said that the book was depressing and full of death and by god, if he had something killing his chickens, he’d’ve done something about it.
Darnit, why didn’t I think of that? I could have just killed that mysterious thing doing in my hens, and then my cartons would be brimming full with eggs.
I guess if you’re one who chooses to dwell in your disasters rather than count your blessings, it may not be a venue you’d thrive in. I’m also pretty sure that getting rich is not the defacto option for this particular career choice.
But if it’s looking back over years of learning by following the advice of others in the community, by reading farming books, and by making mistakes that fulfills you, then farming is your baby.
The first piece of ground we plowed up to plant to vegetables looked white as snow. Not because it was winter, but because the former tenants had buried their plastic in the ground rather than dispose of it properly. It took us until this year not to plow up pieces of the plastic, or tires or cast-off shoes. Now, the garden, nicknamed the sunflower garden, is being transformed to our perennial beds, where Kyle’s strawberries, asparagus, black currants, horseradish, cranberries, cherries and random Ohio buckeye trees reside.
When I first strung electric fence for our sheep to graze, the pasture was tall with Canadian thistle, burdock, asters and goldenrod. These plants make good bee food, but aren’t much for sheep to eat. Constantly shifting them from one paddock to another all season long so that they grazed and fertilized has eventually transformed the soil into nitrogen-rich pasture that is now heavy with clover and timothy and other forbes. The lambs are strong and their meat is sweet and full of flavor from grazing and from staying with their mothers until they’re slaughtered.
Still, each year, there are pitfalls that I never imagined I’d encounter. Take the corn, for example. We usually don’t direct seed it because the crows eat it all up as soon as we stick the seed in the ground. But without a greenhouse this year, we were forced to plant it. And up it came. On Tuesday, I looked over 8 foot high stalks, laden with ears that are just coming ripe. On Wednesday, what I can only imagine was a tornado (but is referred to as a micro-bore or micro sheer, or some such other insurance lingo) flattened half the corn. Bam, just like that. I was so relieved that the guinea hens and turkeys hadn’t drowned in the 2.9 inches of rain in 58 minutes, that I hadn’t even thought to check the corn. After the storm, sitting on the new deck, the destruction couldn’t be hidden. But what’s even more amazing is that 5 days later, it has almost succeeded in standing itself up, BY ITSELF.
And then there’s this talk of a basil blight that has wiped out neighbor’s crops. Our basil is so strong and lush, that I find it hard to believe that it may succumb, like the tomatoes did last year. The tomatoes this year have been growing up and up and up, setting flowers, but not much fruit. One theory is that they aborted the fruit because of the intense heat we’ve been having. It certainly wasn’t because of too much nitrogen- our soil tests always come back as suggesting to put more nitrogen in the gardens.
I’ve been pickling like a mad woman, beets, beans and cukes. Everything is early. Never a dull moment, this farming thing. And if I think I can predict what’s around the next bend? Well that’s just plain foolish.
Posted by fat rooster farm at 5:41 PM No comments: 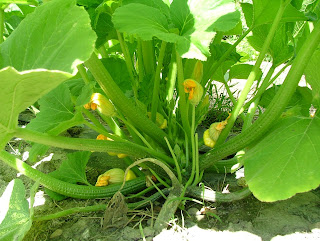 I started a blog entry about a month ago, and it’s disappeared into cyberspace. It was about farming and its vagaries and unpredictability. I guess I’m just not used to Windows 7, which is much easier to maneuver around in than Vista, but still, there’s a learning curve, and the entry is gone. That’ll teach me to go more than a month without posting…
We are diligently scouting the gorgeous tomatoes that are now producing a cherry tom here and there, but are loaded with lush, green foliage and scores of blossoms. Thank goodness for heat and humidity and no rain. On the other hand, I feel like a Georgia field hand sometimes. My friend in Alabama is reporting weather conditions that are mirroring our own, only he’s used to them, and we’re not.
We have the abundance of August already- onions, chard, spinach, bok choi, head lettuce, peppers, artichokes, summer squash, beans. Then, there’s the late spring hold outs that are still chugging along. Asparagus and rhubarb are still around, although we’re not picking the asparagus anymore. The peas have succumbed to the heat, as have the radishes and cilantro. The basil is crazy and smells of summer.
Every year I take advantage of the squash blossoms. They’re so delicate and delicious, like morel mushrooms are. I fry them and stuff them with goat cheese and use them as garnish on refried beans. The best thing to do with them, though, is to make a soup. I have adapted this recipe from my favorite Mexican cookbook by Diana Kennedy (The Art of Mexican Cooking ,2008). It takes a ton of blossoms, so unless you have a farmer who’s willing to let you pick your own straight from the field, it’s a costly soup. But a treat worth trying, at least once a summer. Use the male flowers, not the females, that way, you won’t waste the fruits.

Fry the onion and garlic in the butter without browning (about 3 minutes). Stir the flowers into the pan, then cover and cook over low heat for the next 5 minutes. Uncover the pan, and cook until the flowers are tender and the juice has evaporated- this may take time, depending on how fresh the flowers are (like 10 minutes).
Put all but ¼ cup of the flowers in a food processor and blend with 2/3 cup of the broth until smooth. Put this mixture in a saucepan, then add the rest of the flowers , broth and vegetables and cook until tender. Add the epazote, salt and pepper and cook for 5 minutes more. Remove from the heat, stir in the cream and garnish with the shredded basil and chile cubes. Let the soup cool slightly before serving.
Posted by fat rooster farm at 3:34 PM 1 comment: