August and Everything After 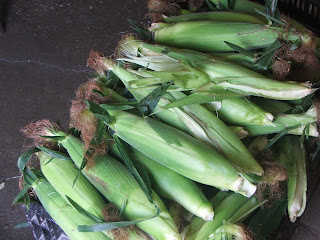 One of my most annoying traits is to tell everyone how many now- famous bands I’ve seen before they were famous.

U2 played at the tiny, SUNY, Delhi school in the Catskills, where I attended Veterinary Technology training in 1981, just after they came out with Sunday, Bloody Sunday. Bono jumped off twelve foot high speakers, and I touched The Edge’s hand. The gym held about 400 screaming people.

I saw Ani DiFranco diss obnoxious fans into submission at the Newport Folk Festival, Tracy Chapman launch her comeback at Smith College, Quiet Riot play in Northampton after the lead singer bought a futon from my sister and gave us free tickets to the show, and the Counting Crows the day before they went on Letterman.

The Avett Brothers played the Chandler and brought the crowd to its feet for three hours, much to the chagrin of some of the older chaperones. I saw Steve Earle silence a moody crowd in Burlington as he tried to pay tribute to Towns Van Zandt, when all they wanted was for him to sing songs about his Appalachian upbringing.

Music has always been important to me. It’s one of those wonders that I actually admire humans for. Watching the Random Canyon Growlers play in their hometown at the Chandler, with such pride and skill, thrilled me.

Yet music has nothing to do with farming. Right?

In August, everything becomes a routine. We’ve weeded for days on end, harvested almost everything at least once that we will grow throughout the season; sold, canned, frozen and butchered most of what the farm has to offer. So in August, the challenge is to keep it still in the present, still interesting.

I pull out new techniques as though I’m a parent trying to amuse a child on a camping trip on day five of rain.

Like music, I try to make it familiar and personal, to strike a chord with this farming experience, so whoever is here contributing sweat equity and brilliance to the farm feels as though there’s some reward for the contribution that they’re making- a melody.

In August, coming up with new things to teach the apprentices is tough, especially if they’ve been here for five months. So off we go to Geo’s farm to learn how he farms weed-free, or to Ray’s to butcher chickens, or to Kermit’s to cut and wrap a beef. We pick blackberries and blueberries and weed and weed and weed. We plant the crops that will mature in the fall, and we soak in the waning hours of sunlight, and in the chorus of the crickets and the cicadas: the signs of late summer and the need to fill our pantries chock-o-block full of provisions for the bare season to come: a symphony for sure, in full crescendo.

This recipe is decidedly vague because you need to insert your own amount of ingredients. I suggest tasting it after the inclusion of every ingredient, and adding more of something if you feel it’s not right. The proportions given here are about right.
1 part cukes
1 part green peppers
2 parts onions
1 or 2 hot peppers, depending upon your amount of substance P (i.e, how much heat you can take)
salt, pepper
1 part vinegar
a little olive oil
½ part chopped cilantro or lovage
3 cloves garlic to every cup of salsa
1 bunch of basil (about ½ cup)
Mix everything together and chill for about 30 minutes before eating with chips, as a side to white fish, or a black bean burrito.
Posted by fat rooster farm at 8:58 PM 1 comment: