Finding Truths- the Beautiful and the Cruel 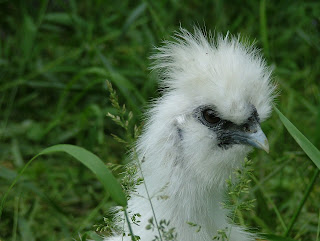 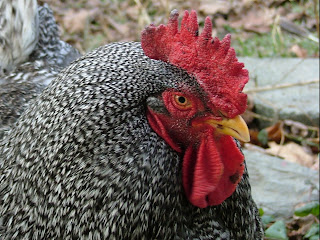 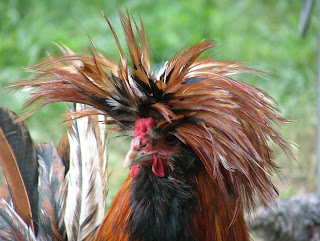 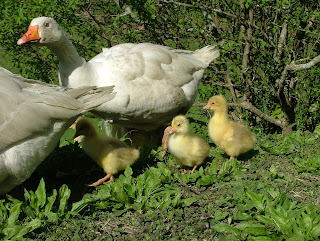 “This morning I went next door to talk with the neighbor's yard man, Ben. Ben is a good man, a bit weak when it comes to beer; but a kind man that smiles more than anything. In the past, he would do odd jobs for my parents when he wasn't working for our neighbors. I asked him if he would be interested in driving out to our family land to take a tiller (b/c the tiller wouldn't fit in any vehicle we own) tomorrow morning early. I would pay him for his time and gas. Then Mr. C., our neighbor, came around from his garage and became the old angry white man. I was appalled at how he talked about Ben and to him. He said that he didn't think that Ben would be done with his work there at his place. I said well, what ever makes sense but if Ben wanted to drive out he could be back relatively early to finish his committed job there. I left to go back to our house and while I was picking up some lettuce I had planted in some raised beds, I over heard Mr. C. verbally abusing Ben. He said that "He" told Ben what to do and not the other way around. It was awful - I wanted to walk back down there and knock the shit out of the old man. But what made me the saddest was that Ben just took it...saying "Yes, Sir, Yes, Sir" Damn it. Even writing it right now makes me sick.’

Ah, the varying characteristics of southern culture that highlight the underpinnings of coming home.”

Today was my birthday. Kyle and Bradford wrapped special gifts for me; my parents called and nearly gave me a coronary ( I had forgotten that it was my birthday, and the only other people that call that early are the staff at the post office, telling me that chicks have arrived for my pick-up, and I didn’t remember ordering any chicks). I logged on and found 40 Facebook messages wishing me a happy day- so special, and thank you everyone for thinking of me. Mostly, I had a great time today, planting with Sarit in the greenhouse that our neighbors have loaned us space in to start our field plants.

I cooked fish and chips tonight, much to Sarit’s horror, not because she doesn’t love fish and chips, but because it was foreign to her that, besides reading cookbooks when I’m not working, my ideal birthday is to cook dinner for loved ones.

I am a little worried about how cold it is right now, and about our tender seedlings and the lambs outside, but I think all will be fine.

Bradford passed hunter safety, so he’s ready for turkey youth day in two weeks. He claims he’s going to get me two turkeys and a deer.

The opening quote is from a dear friend, one of our first “apprentices” on the farm. He shows up occasionally with his sleeping bag, and in all weather, and usually insists upon sleeping outdoors.

Prejudices are hard, especially when they’re home-based. I feel like it’s important to stick up for our more liberal ideas, though, even if they’re not popular, even while they’re not the status quo. I’m happy for my friend for realizing that he’s different, and ugly truth or not, this is where his home is, and he, I’m sure, will make a difference in the end.

The truth is, before this recession, people by and large thought that I was crazy for taking up farming. They reasoned that it was something that their parents had done out of necessity, to feed themselves, to keep them out of poverty. My colleagues considered it a waste of time that I had completed my Master’s degree in Biology, when, in the end, I turned to farming.

The reality is that we have not felt the recession on the farm. We are still growing food, still teaching people how to fend for themselves, still able to keep what we have and build upon it. True, we’re not rich. Our idea of vacation is four days on Cape Cod, not three weeks in the Bahamas. I’m not saying that three weeks in the Bahamas would be a bad thing- just not anything we’ve ever considered feasible. What I am saying is that it’s still perfectly possible for us to go together to Cape Cod, when for many, this is, and may never have been, an option.

I watched the Master’s golf tournament the other day. Not because I’m into golf, but because I’m into history. I wanted to see if it really meant nothing to Tiger Woods, to shatter his whole life and the lives of people around him. Could he really pull it off? He didn’t. He couldn’t. Kharma is pretty powerful that way.

So to my friend in the South, who is appalled by the behavior of his neighbors, but willing to fight for what he thinks is right, I thank him for this birthday missive. I’m 47, so it’s no longer a given to conclude that I’m middle-aged. But he’s still capable of claiming this status of being angry with what is considered acceptable. I’m happy that he’s willing to stand out and say that prejudices are what they are, that prejudices are alive and well, and we will encounter them wherever we are, and we should not be fearful to speak out against them.
Posted by fat rooster farm at 9:43 PM No comments: 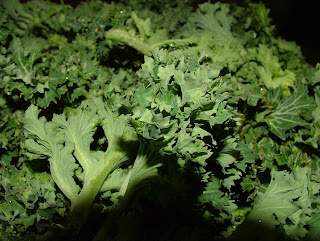 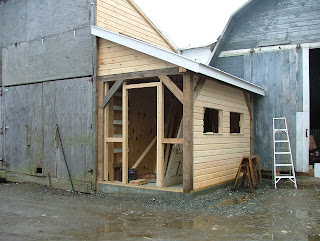 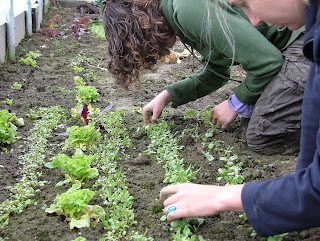 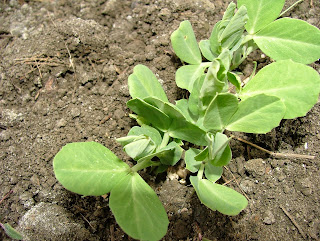 Definition: 1) Thin plant part attached to support: a modified stem, leaf, or other part of a climbing plant, usually in the form of a thread that coils around and attaches the plant to supporting objects; 2) delicate twist or coil: a thin, wispy, curling, winding piece of something, especially of hair.

“One of the most striking characteristics of each ‘depression period’ is the tacit acknowledgement of city dwellers that ‘the farm is the safest place to live;’ for though there is each year a migration from the country to the city and a counter movement to the suburbs and a less pronounced one to more agricultural environment, the movement becomes an exodus when business takes a slump and employees are thrown out of work” – M. G. Kains in Five Acres and Independence

Every year I plant seeds, slips and tubers in the soil. Every year I revel in the discovery that they grow into plants. They’re different every year, these plants. Sometimes it’s sweet potatoes or okra or artichokes or Egyptian walking onions. But each season, the seeds are planted, and the wonder and mystic that they will ultimately produce food gives way to the reality that they finally do.

The hoop houses are chockablock full of lettuce, radishes, peas, beans, arugula, mesclun mix and head lettuce, kale, mizuna and spinach. A veritable garden of Eden, twisting and coiling and erupting in the warm soil of this freakish April. The days ahead seem to be more fitting of the season though; people are tired of me saying that it always snows on my birthday as we go into a series of 30 degree nights.

In the fields, the kale that survived the winter is yielding bushel after bushel of beautiful foliage. The spinach and bunching onions are giving us early delights; a sign to indicate what will soon come, when the milder nights and warm days wake up the farm and send it headlong into planting madness and then harvesting chaos.

I picked two bushels of kale and some nettles today while Sarit and Anna weeded the Hoop House East. It was a cold, long day for us, but it ended with satisfaction, having prepared for the upcoming farmer’s market, as well as rounding up all of the sheep to sequester them inside the warm, dry barn for the next few days. The sheep and the new lambs can handle the cold when it’s sunny out, but cold and damp are miserable and even deadly, and that’s what’s apparently ahead ( it is April in Vermont, after all).

Most years, we don’t have apprentices until the end of May, which usually coincides with school ending. This year has been different, with some of the apprentices from last year returning to help lamb (Greg, Shannon and Tali), and then Sarit starting in the middle of March (she didn’t want to miss anything) and Anna in the end of March.

Sarit, especially has seen the farm come to life by helping to anchor bits and pieces of it together: she helped me sort out all of the receipts from 2009 to complete the taxes; she helped shovel out the sheep pen with its winter’s full of manure. She stacked the wood from the tree Kyle cut down over the winter, and helped him inspect the honey bee hives that have survived; all not glamorous jobs, but necessary ones that make a whole out of this endeavor.

Yesterday, she and Anna made winter squash bread from the frozen squash that Tali and Janet harvested and froze last fall. She couldn’t find the nutmeg. That’s because I don’t have ground nutmeg; I actually have the brown seeds and a miniature grater to grind the nutmeg fresh. “Shut up! That’s not nutmeg! Why didn’t I know this was nutmeg?” I ask her if she knows that cinnamon is actually bark from a tree. “Noooo way!” How about the fact that coriander is the seeds from the cilantro plant. “Stop it!”

Kyle plowed a big chunk of the Cloverfield North garden today; the soil is already dry enough to work- about 8 days earlier than last year and 12 days earlier than 2008. He taught me how to move a round bale with the tractor to the paddock to feed the sheep. We have a new tractor-driven rototiller, so we won’t spend so much time using the ground driven, hand operated one. Kyle picked up a day at the park in Woodstock where he works as the ecologist; Bradford needs braces, and we don’t like tons of debt. I actually am working more on the farm as the result of not working at the animal hospital anymore, so I am trying to learn how to do these mechanized jobs that aren’t as appealing to me but are crucial to the farm’s existence.

The root cellar is completed, and the garden shed Kyle built that sits on top of the root cellar’s cement roof is done except for the windows. It looks fantastic. Now for that shop remodeling…

In all, the farm is held together by a zillion little threads, linking the mundane and the magical together to create a sense of security that I’ve only felt when I’ve worked on the land. It’s empowering at the same time that it is intimidating and daunting. Unpredictable, surprising, twisting and changing. A mish-mash of tendrils, all working to support living on the farm.
Posted by fat rooster farm at 10:53 PM No comments: