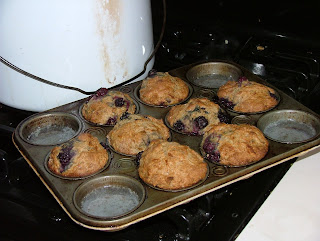 Yeah right, is my son’s new saying. He’s going to be ten years old in less than two months, and he knows that this is a big birthday celebration for most ten year-olds. I’m pretty much a stick in the mud when it comes to traditional celebrations like this, and I only acquiesce to a birthday celebration because he so loves parties, and I do too. He’s been lobbying the details for two weeks now, fully two months before the big event. He’s outlined plans, favors, games and the menu. So today, we sat down and talked about particulars.

Whaat? Are you crazy? Only five?

I tap my pencil, while he digests the words, gauging whether I’m serious or not. Finally, he starts. He analyzes his choices, and wonders if inviting one probably-no-show will jeopardize a most-likely-will show. He spits them out, one by one, girls last, because, well, it’s not cool to invite the girls anyway. We settle on eight in the end, because I always give in, and because they truthfully won’t all show anyway.

We talk about the games they’ll play, what the theme will be, the menu (he wants pie, not cake---it’s genetic on the maternal side), the time of day it will occur. It’s kind of fun to plan, because he has real ideas of how it should unfold, and I love party planning as much as he does.

The farm will be very much put to bed by January fourth, his birthday. The sheep will be coming in and out of their nightly pens, basking outside in Vitamin D for at least eight hours of the day. The cows will be in the barn in their stanchions, for the long haul, waiting until May to go out again. We’ll be down to just the laying hens, on their timed lights, providing them with 13 hours of daylight. It cons them into thinking that it’s summer. I use the same hours of light to keep from going into an abyss of depression: no light, cold, hunkered down in the house.

But there will be snow. And crazy ten year-olds, careening down the steep banks behind the house, aiming for the greenhouses on their out of control sleds.

No presents, I announce.

Are you really my mother? Dad, did she really have me?

You’ll ask for donations to the food shelf instead.

Yeah, right, he says (but it sounds like Yeahhh, Riiiiiight). There’s maybe zero people in this town, and maybe three in the state that need food.

Ohh, ohh. This I can work with. This is something to work on.

He recently did a food shelf drive in school. I was so proud of him, because he came up from the pantry, two bags brimming with food. I picked through it and reduced it to one bag (I can proudly say that we have just recently been relegated to above poverty status and no longer qualify for food stamps).

Oh, he pined (after I had reduced the bags to one), now we’ll never win.

Never win what??? Apparently, the class that brought in the most food for the food shelf would win a pizza party. It had become completely foreign to him why they were gathering food. Then he told me how a classmate’s sister’s class was sure to win, because she (as a kindergartner) was sneaking food past the parents every morning to win the prize.

So this year, after his birthday, on Monday, we’re going to the food shelf with his presents of food. I’m so proud of him that he didn’t pitch a fit, after explaining that, yes, there are hungry people, and yes, we have food, so we wouldn’t necessarily know that there are so many without. He takes it for granted that there should be food but why wouldn’t he? That’s what we do. We may not be rich in greenbacks, but we certainly are rich in greens.

Now if I can only make it through the Sponge Bob theme birthday….
Posted by fat rooster farm at 12:42 PM 1 comment: